Earlier this month, I created some unintentional confusion with the title of this chart of attendance data for Twins home games: 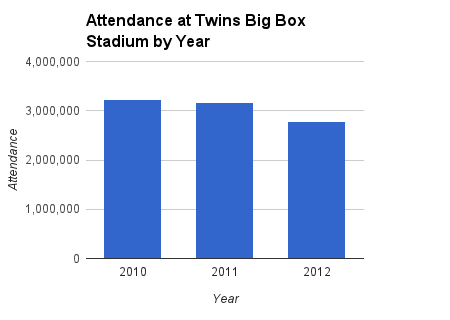 @Rat seemed to think I was referring to the ballpark’s architecture, but that was a reference to the company who slapped their logo all over the ballpark, and seems to expect us to use their brand every time we talk about the publicly financed stadium they sponsored.

Here’s my justification for doing this from the comments of the previous post:

As I understand it, many private sports businesses manage to negotiate lucrative deals with corporate welfare enabling legislators, so don’t even need to pay taxes on naming rights. And, I assume that sponsors take a tax deduction on the naming right.

This isn’t good government or corporate behavior, so I choose to avoid enabling it.

I’d consider making an exception for cases where the naming rights covered the public’s share, but what I’m really looking for are corporations who have the decency to work out deals to sponsor stadiums so the public doesn’t need to get involved in stadium financing. When one of our local big box retailers decides to lobby for subsidies from the state, subsidies from the city, subsidies from the county, and to exploit gamblers in order to build stadiums they can slap their names on – with the revenues going to the private owners or the pro sports teams – I lose respect for the big box retailer. Their corporate behavior is not in the public’s best interest. 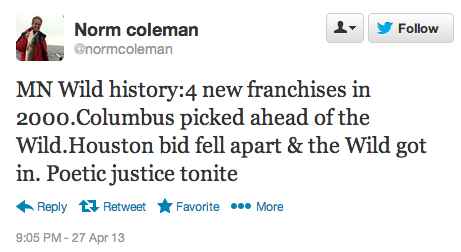 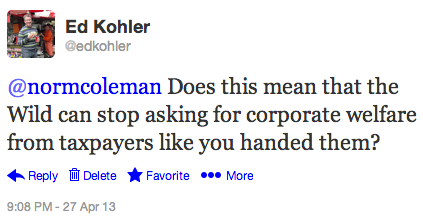 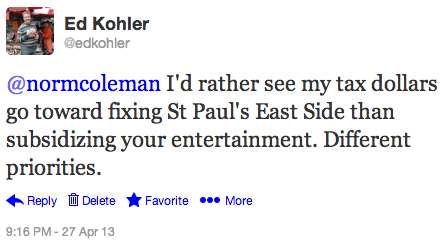