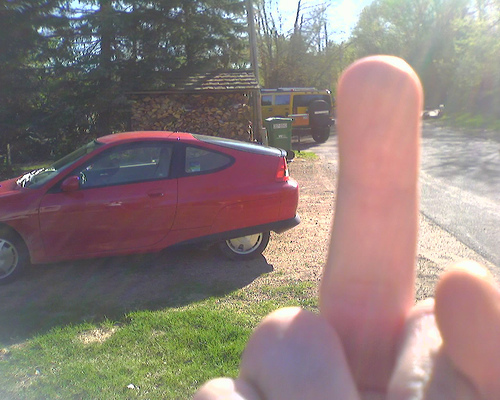 Wars are started by small groups of people who manage to drum up enough fear among citizens to get their support. This is exactly what George W. Bush did in order to gain the support of the American people to invade a country that did not attack us. In addition to scaring and lying our country into a war, the execution of the war can been downright criminal.

George w. Bush’s lack of leadership really shines in the video found here. The transcript below is an outtake nonchalantly describing the rape of a 15-year old girl by soldiers reporting to George W. Bush.

What else would you guys do?

What would we do?

Or we would take plastic and wrap it around their heads until they started choking….

CIA showed us a lot of shit….

…..crank generator, where we’d hook it up to their nipples or their nuts, fucking crank it and shock the shit out of them.

What was the most fun things?

The most fun thing, umm….definitely the women.

Yeah? They had chick insurgents, man?

No, they didn’t have chick insurgents.

Something goes down, they just grab everyone around, you know, fuck em. I mean, you gonna have 35 trials? No, you know. People are like, “Oh they’re innocent.” You know what, I don’t give a fuck. As far as I’m concerned, they’re all guilty. You know what? They should have kicked Saddam out themselves. Instead, we’re there doing the fucking job. We’re losing guys…..

Were those people in the World Trade Center guilty? No. Fuck them. They fucked us, so now we’re fucking them. Fuck them, dude, anyone with a fucking rag on their head is fair game.

….girl, she was probably like 15 years old. Yeah, she was hot dude. The body on that girl, yeah, really tight. You know, hadn’t been touched yet. She was fucking prime. So….

One of the guys started pimping her out for 50 bucks a shot. I think at the end of the day, you know, he’d made like 500 bucks before she hung herself.

I don’t know. She wasn’t happy.

In their culture, it’s really shunned upon if you get raped. I guess she would have been stoned to death anyways by her people, you know. It’s fucked up.

She was fucked anyway, I guess. In more ways than one.

You didn’t get shit from the CO, did you?

Uh-uh, not until those fucking pictures came out. After then the biggest rule was no fucking cameras.