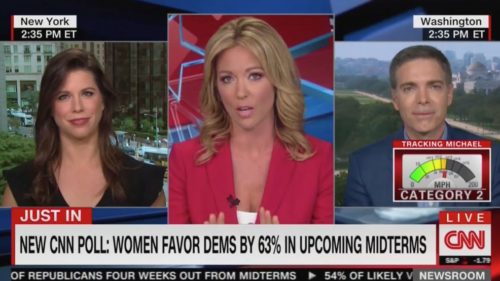 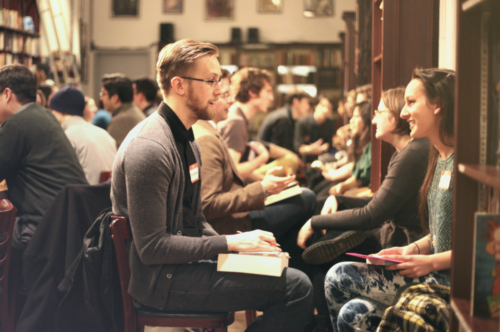 IM is a powerful tool that allows you to quickly ask questions or send comments to colleagues anywhere in the world within a second. However, it can also turn into a huge time waster, as Leo Babauta mentions in a recent post about ways to become more productive over at Zen Habits.

However, while I see some value in his IM tip, I think he’s overdoing things her and costing himself productivity potential:

12 Powerful Ways to Keep Your Online Life Simple and Peaceful

Schedule your IM time. Same thing applies to IM. I’m not a huge fan of IM, especially if you have your IM program open all the time. That’s because it encourages people to interrupt you whenever they want, instead of you valuing your time. If IM is important to your work, then schedule IM meetings, or have certain times of the day when you’re available for IM and tell your colleagues and friends about it. And have it for a limited amount of time and then end it.

First, I highly recommend turning off all audio alerts other than incoming messages. Everything else seems like fun the first day but quickly becomes a distraction since it’s worthless information.

Second, hide your IM window so you won’t be distracted by the movement of people logging in and out of their accounts throughout the day. This, again, is worthless information.

Third, use status updates. If you’re online but busy, let people know that. They’ll honor that unless they have a true emergency or are just jerks (this is a good way to verify which is which).

Those are my top three tips. If I added a forth it would be to ask your question or give your comment in your initial IM to someone rather than sending them a message that says, “Hi.” If you’re the type of person who has to say, “Hi.” do so within your initial IM rather than waiting for a response to your “Hi” message.

I’m not a big “technology for technology’s sake” kinda guy. The biggest benefits of using technology is the convenience it brings to my life. At Technology Evangelist, we have a lot of online and offline conversations (yes, we actually talk face to face from time to time) about what technologies make our lives better. Here are a few trends we at Technology Evangelist have identified involving products we love. This article focuses on the trends. Later articles will take a closer look at the various applications mentioned below and how they make our lives better.

1. On Demand Content TV is dead. At least, how TV is largely delivered today is dying fast. People LOVE watching TV, but they want to filter through the junk to get to the shows that are actually worth watching.

“Channels” are a dying concept. Consumers watch TV SHOWS not channels, and could care less about bundled cable packages. Television networks and cable operators are way behind on this, The FCC is starting to put pressure on cable operators to unbundle their channels (LA Times Registration Required) based on consumer demand for more control over what’s coming into their homes. That’s a start, but savvy television viewers are already well beyond the impact that will have on their viewing behavior.

What do consumers really want? To watch the shows they like on the time frame of their choice. Napsterization.

2. Aggregating Content
There is no shortage of incredibly interesting content worth consuming on the web, but how do you manage to filter for the content that’s truly remarkable? Here’s my personal challenge: I try to keep up to date on technology trends, companies I find interesting, political news & opinion, and international, state, and local news. Can I get the best of this type of content from one source? Not even close. Fortunately, a combination of web tools like Bloglines, and news review sites like Digg are making it easier for me to find content that interests me and roll it up on a custom homepage. This allows me to read more content, and more interesting content in a timely manner.
If I can’t access your web site’s content through Bloglines, I won’t be a regular reader.

3. The Participatory Web
Media gatekeepers such as publishers and television programmers are being outsourced. To whom? To all of of us. We’re creating custom TV “channels” using TIVO, our own “newspapers” using Bloglines, and our own “radio stations” using iTunes. Sites like Digg, Shopping.com, Amazon help us figure out what’s worth reading or buying based on feedback from a huge network of consumers.

Yet, we still need editors. Content creators need editors to help organize their thoughts. Consumers need editors who can help get them to quality content quicker. Freelance RSS reader optimization consulting will be a new career option for smart newshounds as a service to busier newshounds.

Wikipedia lets everyone become and editor allowing the site’s knowledge base to improve as people contribute what they know. Flickr uses a combination of “sets,” “most viewed,” “interestingness,”  “pools,”  and  “tags” to point you to content that may interest you. MNSpeak lets anyone submit and comment on news stories. The submissions are moderated to make sure they’re topical to the site, but the content is generated by the site’s network.
The people who point me to the best content on the web don’t work for media companies.

Businesses who let consumers decide how they’ll consume their business’ content will have winning strategies.