Just doing my part to fan the flames of City Hall Scoop’s rumor on a plan to rename Ford Parkway after the former president, Ronald Reagan:

Poulos played down the partisan nature of the coup this week. He’d heard the rumors, he acknowledged, that he and his fellow travelers were secretly plotting to have Ford Parkway renamed Ronald Reagan Boulevard after the eponymous car company pulls out next year.

“I heard that and just laughed,” Poulos said. “I think itâ€™s just an example of the hysteria out there.”

He can’t speak for the other Republicans elected to the HDC last month, he said, but commemorating the conservative hero in St. Paul “isn’t on my agenda… We’d like to fix an intersection or two, get some potholes filled and get the council to take itself more seriously,” he said.

Will “The Freets” drive on Ronald Reagan Parkway to get to Noodle’s or the Highland Park Grill?

I’m pretty sure Reagan is my favorite president to serve in the 80’s. Only because he killed less people than George H. W. Bush (41). However, some would argue that King George the First actually did the bulk of his killing in the 90’s, making his kill rate less than Reagan’s in the 80’s. What should be made of that? 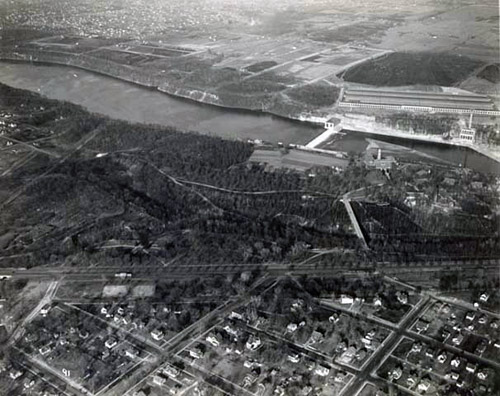 Jackalope or Nathan, do your homes fall in this photo?