An excellent breakdown of the differences between Jefferson and Kennedy High Schools and the history of the Edina Chuck E Cheese can be found in this powerful rendition of Nickelback’s Photograph:

The Other Mike and I discovered that the old Cedar Ave Bridge had closed when we tried crossing it by bike last summer. 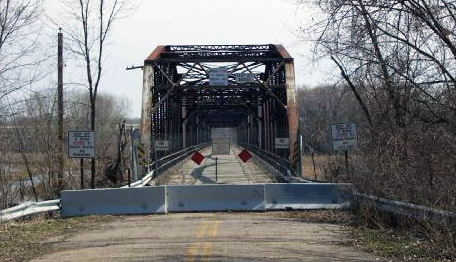 Photo: John A. Weeks, III. If you like bridges, check out the rest of Weeks’ offerings.

It looks like we may have a chance to cross it again sometime in the future:

It’s been more than four years since the city of Bloomington closed the rusty bridge, but the old Cedar Avenue crossing in the Minnesota Valley National Wildlife Refuge still stands, and efforts to reopen it to the cyclists, hikers and birders who used it are still alive.

Anyone have a little cash in their mattress? The total cost is ~$4.5 million:

The project already has $1 million in federal funding and $300,000 from the Metropolitan Council, which would leave a funding gap of about $1.2 million if the Legislature approves the bill this spring. Advocates say fundraising has been slow, despite widespread agreement among residents and local leaders that the bridge deserves to reopen.

Count me among the residents who’d like to see the bridge reopened. It makes for a nice bike crossing after riding along the east side of the river and heading back past the MOA and airport. 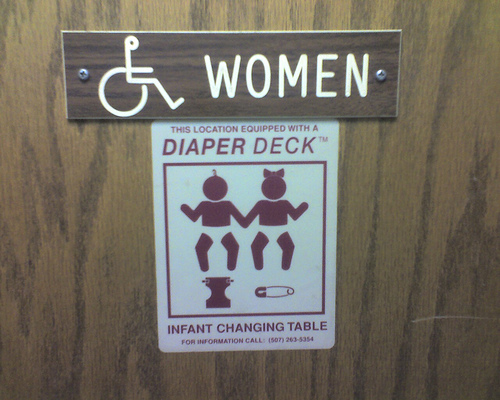 Only the women’s bathroom has a changing station at Richfield Bloomington Honda.