Remember 1961 in Minnesota? I don’t. But here are a few nuggets to put things in perspective:

It was the year that riots of white people terrorized Black Americans in a church that were organizing in support of civil rights for all Americans. 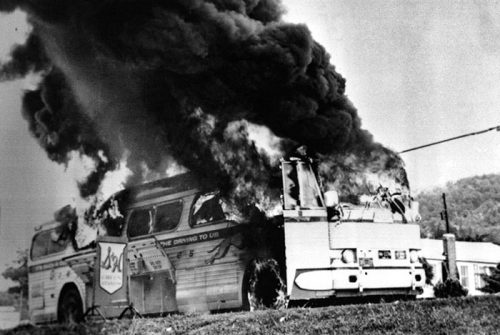 It was the year that Freedom Riders were attacked for daring to help Black people.

It was a year that US Marshalls were sent to the South to defend Americans against white people. 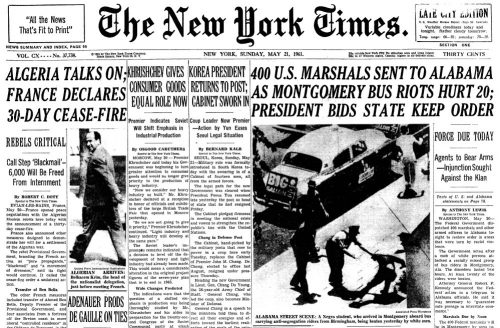 It was the year that Dr. Martin Luther King Jr. visited Minnesota for the first time to speak.

And, it was the year that white cops in Minneapolis pushed through a charter amendment on taxpayers’ time to change the city’s charter to require a minimum ratio of cops to citizens. That amendment was authored by a white councilmember (they were all white until 1980) representing Linden Hills, George Martens.

It sounds like we nailed the timing perfectly to put such a regressive piece of police anti-accountability into the charter. White folks used national headlines to stoke fear among white people to make our democracy less democratic.

Are we capable of being more progressive on policing issues than we were 60 years ago? I like to think so. I think we have a better understanding today than we did 60 years ago about mental health issues. That people who need help don’t deserve to be hurt by people who use force as one of their primary ways to solve problems.

Even cops know that they’re not good at addressing issues like homelessness.

In 1993, PERF conducted a nationally representative survey on the police response to homelessness. PERF surveyed 650 police agencies serving populations of 50,000 or more, or with 100 or more sworn officers, and received an 80-percent response rate. Every state except North Dakota was represented in the sample.

Key findings of the 1993 survey included:

With regard to partnerships with service providers, 97 percent of respondents indicated that police departments needed some type of referral arrangement with other agencies to effectively respond to homeless individuals. About 65 percent reported that it was difficult to get assistance for homeless people outside of normal business hours, and 55 percent reported that it was difficult for police to get mental health care for homeless individuals in their jurisdiction.19

The right people for the job: People and businesses are calling 911 on homeless people, and 911 has ~3 options to dispatch for those calls today: fire, ambulance, or cops. We need a fourth option that routes those calls to a department with more appropriate training.

Right-sizing staffing: We have cameras in squad cars, in businesses, in public, and in the hands of nearly every resident today, yet somehow need the same number of cops on the force to protect us? Nearly every industry has become more efficient over time due to technology. It’s inconceivable that policing hasn’t as well.

We need a different form of oversight of our public safety investments in order to design an approach to public safety to suit the needs of all residents today, rather than some residents in 1961.

Vote Yes on 2 to undo the mistakes of 1961 so we can move toward a more just public safety department in 2021. Let’s proactively move towards creating a more just Minneapolis rather than sustaining the status quo’s policies that originated in reactive racism and fear.