This tweet from Bob Collins reminded me to take a look at how attendance is looking at the Twins’ latest publicly financed ballpark:

If we, generously, average out the first 72 home games to create a projection for the full season, things will shake out like this: 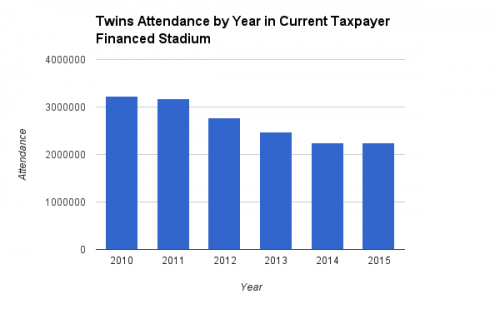 But, this isn’t a mathematical certainty. The Twins just need to find 10,200 more people per night than they found last night for each of the last 9 games of the 2015 regular season to avoid their continued streak of attendance declines.

Or, if the Twins sold out the next 7 games, fans could take the last two games of the year off knowing that it’s only the second worth year for attendance at the latest publicly financed ballpark. At this point, there is a mathematical lock on this being either the worst or second worst season for attendance yet.

Assuming attendance stays pretty much on track, here’s how the per ticket subsidies continue to grow. 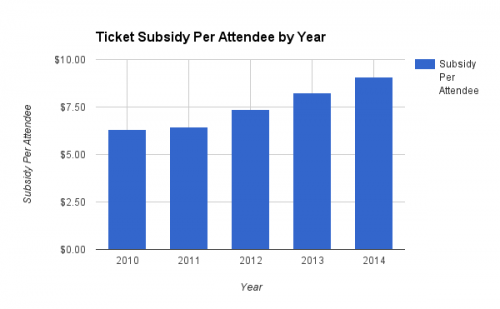 5 thoughts on “@Twins on Pace to Set New Attendance Record”