The StarTribune has an article today about Uber and Lyft drivers canceling a larger number of pickup requests among prospective passengers in North Minneapolis than in other parts of the city.

Wilson made the decision after reviewing new information revealing that drivers for these ride-hailing services tend to prefer high-traffic and high-profit areas, like downtown, and are less likely to venture to north Minneapolis.

What’s particularly goofy about this is Minneapolis’ apparent willingness to allow Lyft to redline tens of thousands of North Minneapolis residents by not just reactively denying them service, but proactively doing so.

For example, here is what Lyft’s app looks like for people requesting a car from the 3400 block of Colfax Ave N: 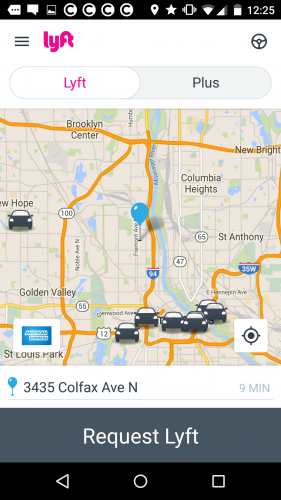 But, if I go to the 3700 block of Dupont (20 blocks south of the city’s border with Brooklyn Center) the cars disappear: 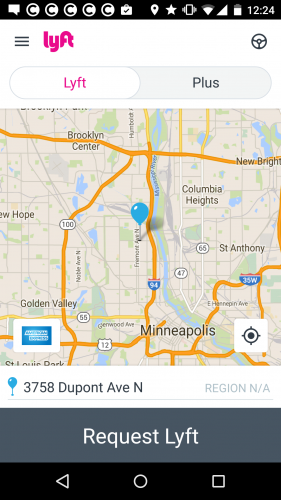 If this sounds familiar, perhaps it’s because I wrote about it last year in June. Nothing’s been done about it.

Or, as Lyft puts it:

“If they are in our coverage area, we will do our best to supply rides,” said Danyelle Ludwig, a Lyft spokeswoman.

It’s not discrimination, you see. It’s a coverage area that just happens to not cover all Minneapolis residents. And, it’s not redlining, you see. They happen to use green lines:

4 thoughts on “A Year Later, Lyft Continues to Redline in Minneapolis”