Curtis Gilbert at MPR reported on Governor Dayton’s choice to go against the recommendations of the Minnesota Department of Employment and Economic Development, by NOT funding top priorities in the 2012 Capital Projects Grant program and instead kicking $2 million toward Southwest LRT.

Gilbert explained that Minneapolis public schools were on the list to receive funding for some projects up until two days before the list was changed and announced to the public. Among the losers:

Minneapolis Public Schools asked for almost $2.8 million from the $47.5 million fund. It planned to use the money pay for improvements at three athletics facilities on the city’s north side: Artificial turf at Patrick Henry High School, an updated the swimming pool at Olson Junior High and renovations to Victory Memorial Ice Arena.

Now, why would Dayton do something like that? Who benefits from putting the SW LRT ahead of Minneapolis public schools?

Then, I remembered the Vikings stadium. During speeches from the house floor, at least one member of the legislature explained that he was going to vote for the Vikings stadium bill – despite it being a seriously flawed bill – because it would be reachable by the soon to be built SW LRT line. At the time, I thought “ah, that explains that vote. Dayton promised him money for LRT.” And, now we see where Dayton found the money. By taking it from Minneapolis public schools. (If someone knows how to pull transcripts from those hearings, I’d love to remind myself who made those statements.)

Here’s a look at the map of Senate and House votes (via Elevated GIS) for/against the stadium. Note that Minneapolis’s legislatures generally voted against the stadium while legislators along the new SW LRT line voted in favor of the bill: 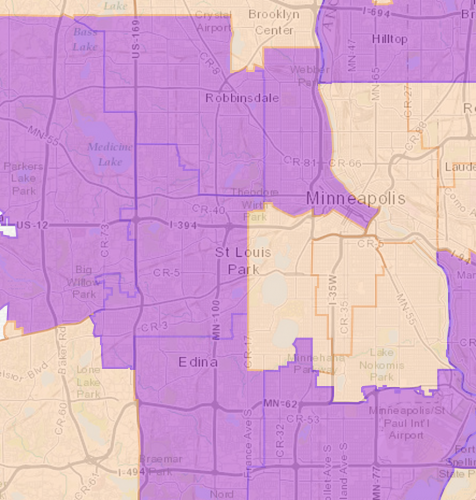 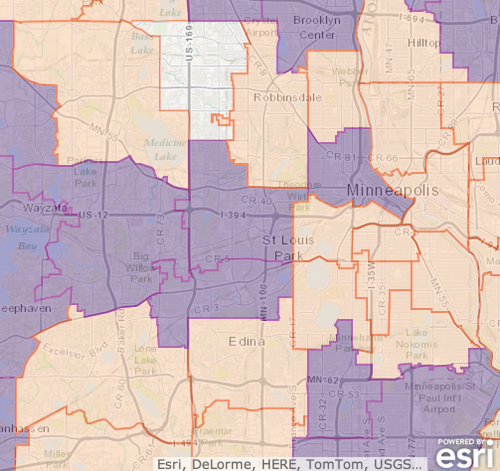 And, of course, to the east of Minneapolis, we saw St Paul’s legislators receive state funding to publicly subsidize the Saints and Wild in exchange for subsidizing the Vikings and Timberwolves.