The Slumlord of South Minneapolis, Spiros Zorbalas, has been in the news again. This time for a good reason. He is now officially out of the slumlording business in the city after selling his portfolio of poorly maintained properties to Steve Frenz.

While showing little respect for his tenants, Zorbalas did appear to care about his own reputation. I based this on the reputation management work that’s been done to try to improve the search results for his name. Here’s a look at what I’m seeing for Spiros Zorbalas on Google today: 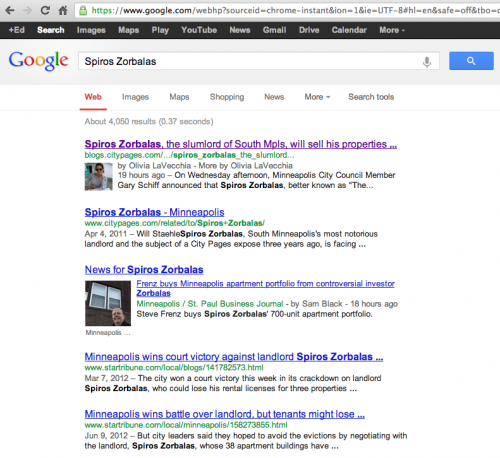 The recent news is dominating the results. I think it’s safe to assume that Zorbalas would prefer not to see seven of the current top-10 results on the first page for his name ranking that high. It looks like he hired a reputation management firm to help him knock down the unflattering but accurate reporting about his destructive behavior in Minneapolis. For example, here’s a domain set up with a Zorbalas bio and links to more favorable mentions of Zorbalas on the web: 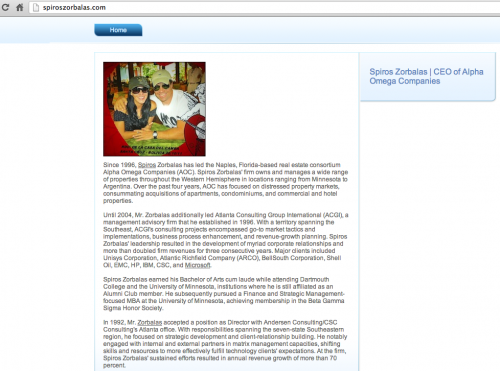 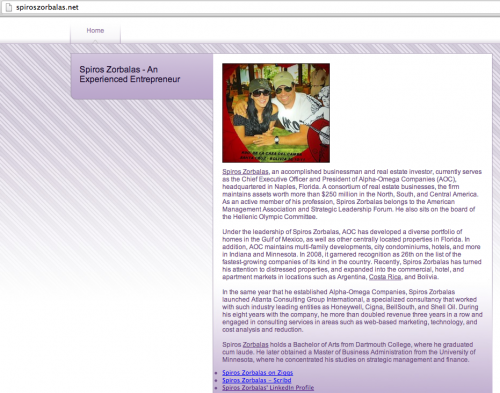 And here’s a Tumblr account optimized for Spiros Zorbalas’ name with links to non-slumlord associated pages on the web: 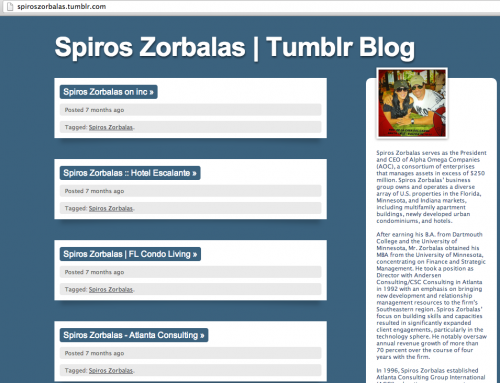 Twitter accounts tend to rank high, which would explain why this was set up: 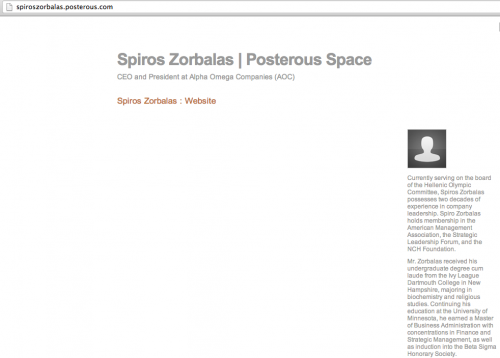 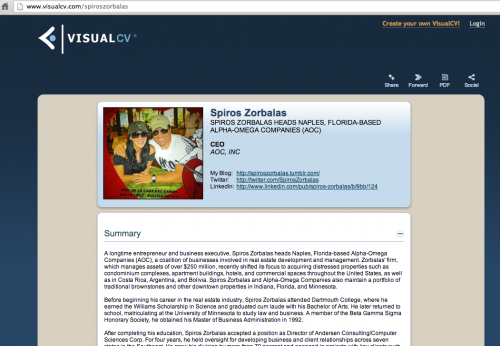 Setting up accounts on each of those sites is not a bad thing to do. Doing so just to lock down your preferred username is reason enough. But, if you’re doing so to improve your online reputation it certainly wouldn’t hurt to avoid having a bad offline reputation. It took around years of slumlording in South Minneapolis from Naples, FL before CityPages wrote about Zorbalas’ behavior in 2008:

Since arriving on the local real estate scene in the late 1990s, Zorbalas has been sued more than 200 times, primarily by tenants demanding repairs or former tenants seeking the return of their security deposits. Zorbalas has also had one rental license revoked for ignoring drug dealing, and been forced to pay $13,000 to a carpet-cleaning company for a year’s worth of unpaid services and another $15,000 when a mother holding her infant son slipped and fell on a loose plastic runner in one of his stairwells.

This makes me wonder how much of a catalyst the local press played in Zorbalas’ decision to sell off the Minneapolis branch of his slumlording empire. Perhaps the ongoing fines from the city and lawsuits from poor tenants were an acceptable cost of doing business as long as his behavior wasn’t known to people Googling his name?

By the way, if you happen to be dealing with a Spiros Zorbalas style slumlord, or know someone who is, give the folks at HomeLine a call. They offer a wide variety of services that can help you live in peace.