I decided to take a look at how the Gophers Football program is doing from an attendance perspective these days. Here’s a look at the annual attendance averages for each season in their new stadium. I’ve averaged the first 6 games of 2012. The data can be found here. 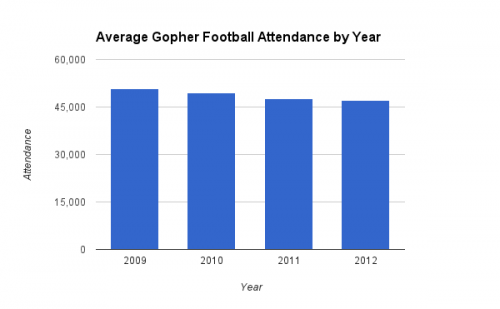 They sold out every game the first year and have been steadily sliding since then.

Here is how many seats went unsold on a game by game basis since 2009: 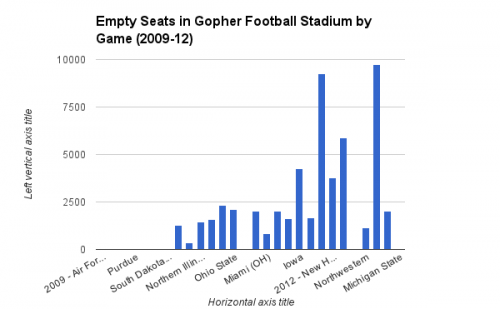 Put those two together and you can see the trend a bit more clearly: 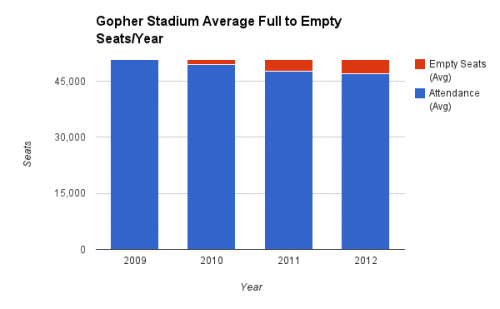 Interestingly, here’s a look at the attendance of the last four seasons of Gopher Football at the Metrodome vs the first four at the new Gopher stadium. 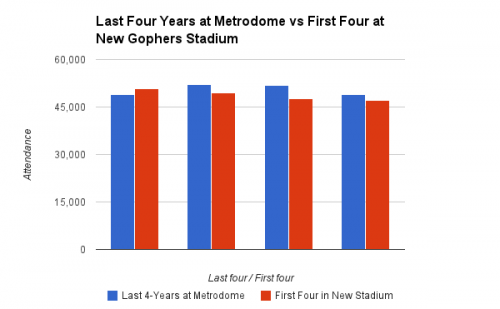 One thought on “A Look at Gopher Football Attendance”