If the current Vikings stadium Wilfare bill were to pass in its current form, you would find yourself paying a 3% tax on restaurants and liquor sales 365 days per year withinn the area outlined below: 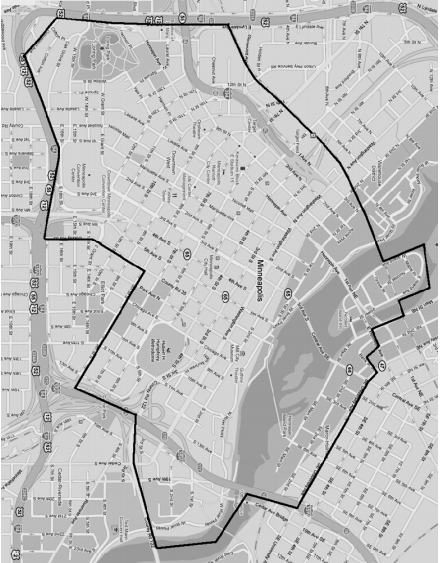 When I had a grilled cheese for lunch at Republic at 7 Corners today (excellent spot), that 3% went toward paying off the convention. In the future, it would go toward paying what Wilf and Vikings fans refuse to pay to build a new stadium that they claim to want. That claim falls around $550 million short of their budget.

Go to Pracna for to help support a billionaire in NJ.

Go to Joe’s Garage for a dollop of wilfare on your mashed potatoes.

Grab a bite at Britt’s before a show at the Orpheum to help subsidize Vikings season ticket holders.

Take your prom date to the Nicollet Island Inn so Lester Bagley can get a raise.

Do your part to help redistribute money from Minneapolis to an NFL franchise owner in New Jersey.

We need to make locally owned businesses less affordable so we can afford to make debt payments on public money (Wilfare) demanded by an out of state business.

By the way, why should we extract money from the public over such a large area, and on the 355 days when the Vikings aren’t playing in Minneapolis?

If the Vikings truly have a huge economic impact, why not just tax that rather than people eating and drinking for reasons entirely detached from the NFL?