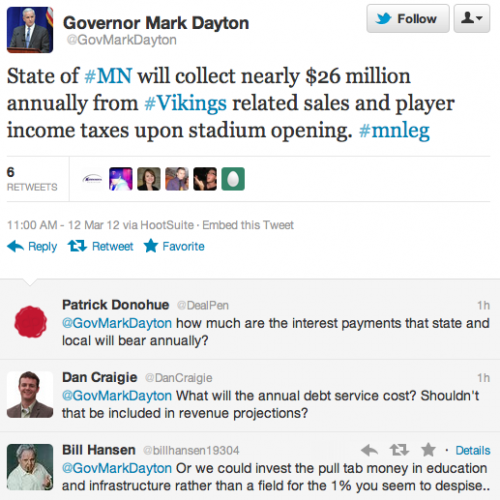 It’s dot.com economics applied to corporate welfare for the NFL. “Sure, we’re losing money, but we’ll make it up in volume!”

The responses Governor Dayton has been receiving, including those in the screenshot above, show that Minnesotans are interested in looking at both the credits and debits to decide whether this deal is a good deal for the public. They realize that it’s not, which is why 68% of Minnesotans don’t even support spending one dollar of the public’s money to subsidize an NFL franchise.