Vikings punter, Chris Kluwe, tweeted that Wilf has been “Trying to put a Quality Product on the Field.”

While “trying” is a popular way to measure success for athletes less than 10 years old, the NFL uses wins and losses as the measuring stick. Here is a comparison of the Win/Loss record of the Minnesota Vikings over the time Wilf has owned the team compared to Red McCombs’ ownership period: 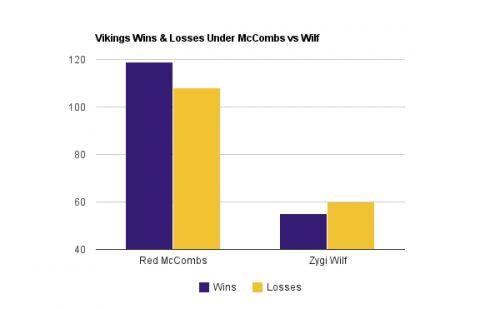 As I looked into this further I thought, “maybe the problem isn’t Wilf. Maybe it’s Kluwe?” Here is an breakdown of the Vikings all-time win/loss record pre-Kluwe and under Kluwe’s time with the team: 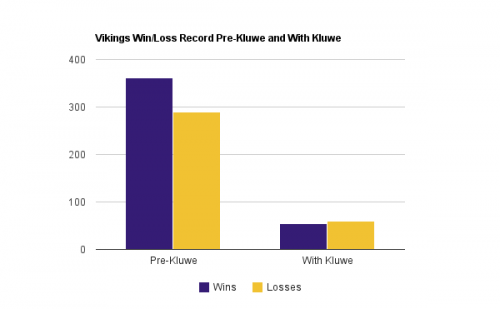 I’m sure that Chris Kluwe, like Wilf, is “trying to put a quality product on the field.” But, what does it say to our children if we reward this level of professional sports mediocrity with more than half a billion dollars in corporate welfare?

One thought on “@ChrisWarcraft: Wilf is “Trying to put a Quality Product on the Field.””