Back in October 2011, the Vikings pulled into first place among NFL teams for player arrests. Previous to that, they were tied for first place with the Cincinnati Bengals.

Apparently, Vikings cornerback Benny Sapp wasn’t satisfied with the Vikings’ one-arrest lead, so he helped extend the lead by getting arrested on December 30th: 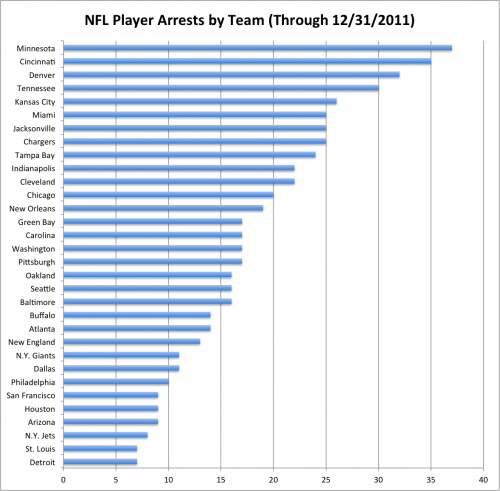 That also increases the annual arrest rate under Minnesota’s favorite corporate welfare queen, Zygi Wilf, to an astonishing 3.49 player arrests per year since purchasing the NFL franchise from Red McCombs in the spring of 2005: 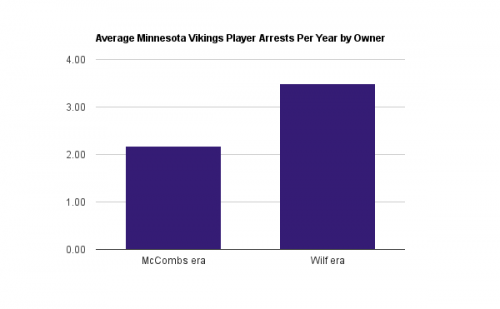 After finishing the year with a 3-13 record, Vikings players will have plenty of free time to spend extending the team’s arrest record even further.

2 thoughts on “Vikings Extend Lead in Most Arrested Players Competition”