Just in time for Christmas, here’s a story by Andy Post (a Christian) criticizing a Jewish state senator, Terri Bonoff for “going on a crusade”: 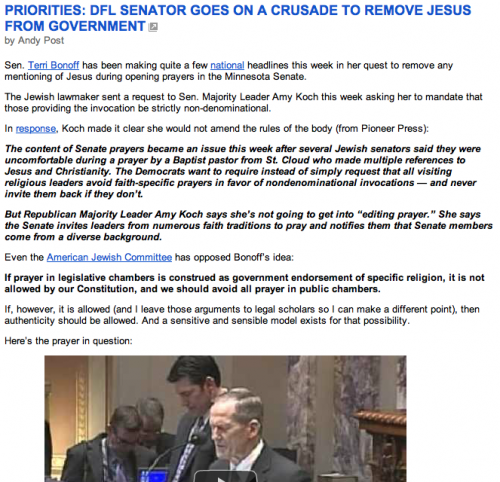 Perhaps Post decided to follow Kurt Zellers’ lead by “disappearing” an embarrassing religious moment, the way Zellers did when he erased Bradlee Deans’ creepy prayer prior to the GOP’s vote in favor of a vote on a constitutional amendment to discriminate against gay marriage. No word on whether Amy Koch’s “inappropriate behavior” was taking place at the time when Bradlee Dean was doing this: