With the arrest of Minnesota Vikings cornerback, Chris Cook, on charges of felony domestic assault/strangulation and fifth degree domestic assault, the Vikings have managed to pull into first place as the most arrested team in the NFL.

SignOnSanDiego.com has been tracking NFL player arrests dating back to 2000 and offers a great database for looking up the NFL’s tax subsidized misfits.

As of 10/14/2011, Sign on San Diego’s database had the Minnesota Vikings tied for #1 with the Cincinnati Bengals, which was gain (in a negative way) for the Vikings who were two arrests behind Cincinnati (32-30) back in July 2010: 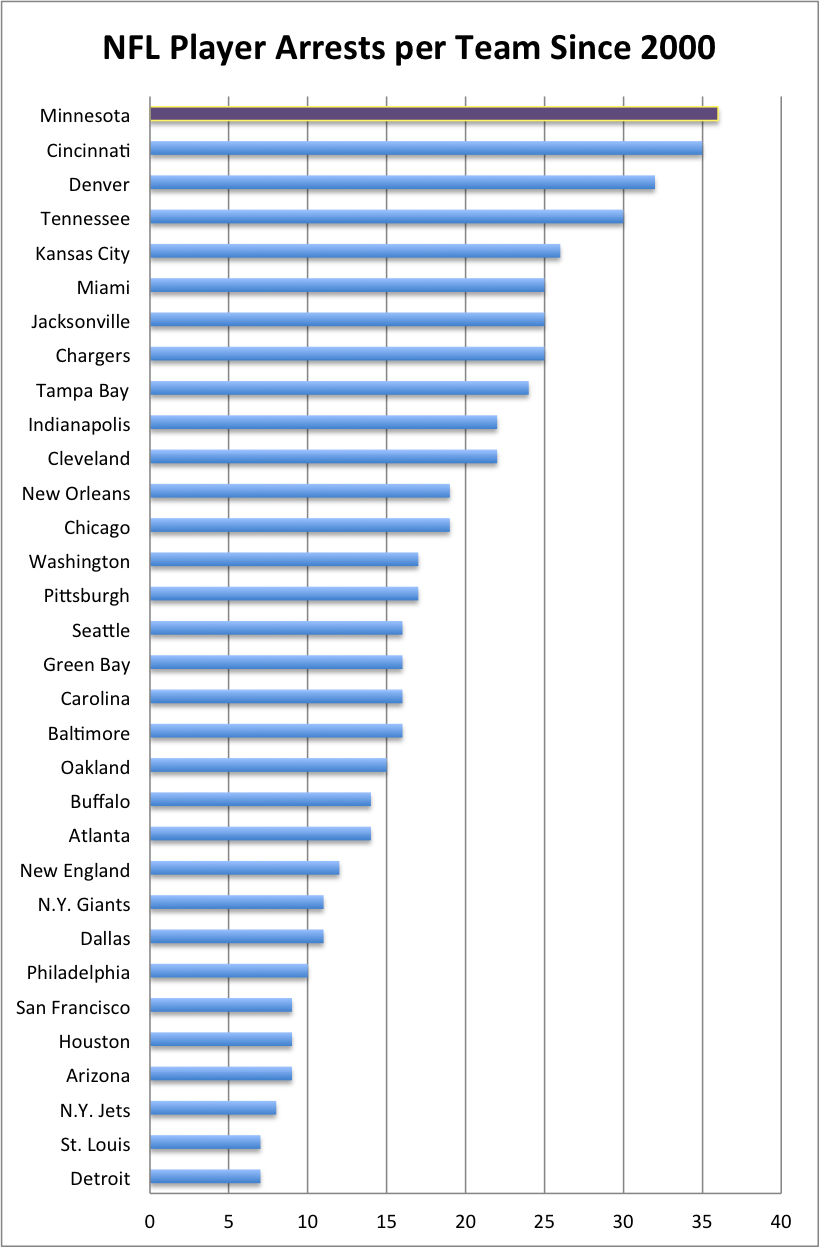 Vikings players now have twice as many as many arrests as the league average over this time frame.

Things have gotten worse since Zygi Wilf purchased the team from Red McCombs in 2005. Here is a look at the average annual Vikings player arrest rates by owner: 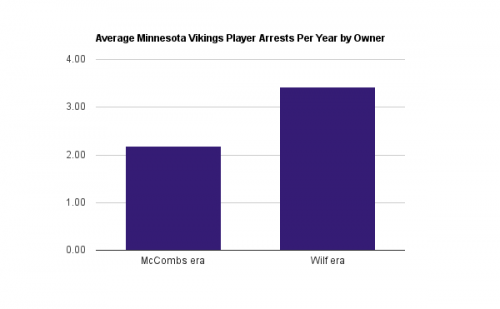 The Vikings most embarrassing off-field annual performance to date remains 2005, which included the infamous Lake Minnetonka boat cruise incident on the night of October 6, 2005.

At the time, Zygi Wilf said to the press:

“Lack of discipline will no longer be tolerated at any level. The events of the past week are unacceptable. If there was any sense that we would look the other way regarding this type of behavior, I want to make it extremely clear that this behavior will never be tolerated again.”

Perhaps the behavior that Wilf no longer tolerates is specifically taking boat cruises with prostitutes? If that’s the case, it looks like the players have been living up to his expectations.