At that time, I explained that I had questioned Don Allen about this on his site, only to have my comments deleted. Apparently, asking Don Allen to back up his claims was inappropriate. In fact, Don went all out, removing not only my comments but all comments ever written from his site. 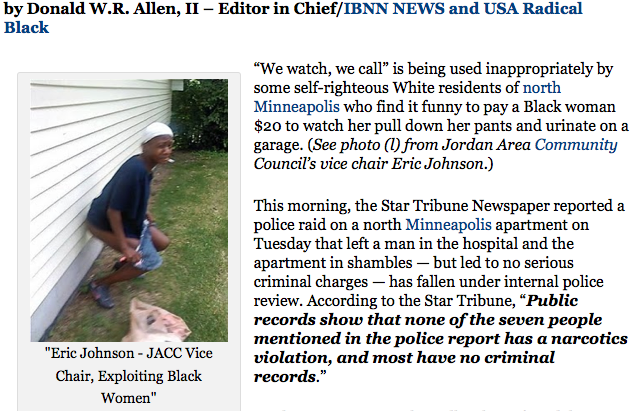 Don, back in September, you wrote a post criticizing Minneapolis Urban League President, R. Scott Gray, where you explained what he needed to do to turn around MUL. While I don’t know the background of that situation, I think you provided some universally valid advice within that post. Here is how you broke it down:

When people question you on your Poopgate sources, and you delete their comments rather than provide evidence to back up your claims, you’re not being very accountable.

This makes it hard to trust you.

And, it’s hard for me to to respect someone I can’t trust.

Don, you can do better than this. If it’s accountability, trust, and respect that you’re looking for from others, make a point to do the same. Otherwise, you’re creating a burden for your readers, who are forced to wade through a combination of great reporting from under covered events, solid arguments, and Poopgates, wondering “can I trust Don this time?”