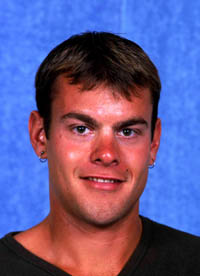 I received a text message a few minutes ago from Jim Dalby asking if I had heard about what happened to Ryan Shay. At that point, I had not, and assumed Ryan had just qualified for the 2008 Olympic games. Sadly, I couldn’t have been more wrong. Ryan collapsed early in the race and died.

Ryan Shay, 28, was a college roommate of my brother-in-law Luke Watson at Notre Dame and one of America’s elite marathon runners.

This sort of thing shouldn’t happen. He was obviously in incredible shape and at 5 1/2 miles into a marathon, would have been under only minimal physical stress.

Find out more about Shay’s running career on the USTAF site.

Update: Nathan has a first hand account from the trials.