Three weeks ago, I mentioned that someone should invest in cameras that would help catch graffiti vandals in the act so they could cash in on the $500 rewards the City of Minneapolis is offering for tips leading to convictions.

And tonight, FOX 9 reported that a guy living in the Lyndale Neighborhood, Jim Fiala, has set up security cameras outside his house that have caught 14 vandals on tape. 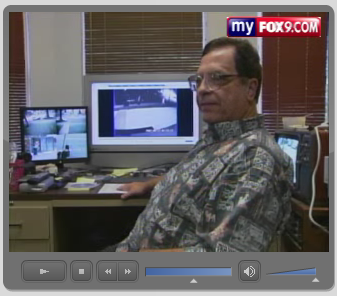 That could bring in $7000 in just 3 weeks! Wow. Is Jim Fiala going to personally solve Minneapolis’ graffiti problem while cashing in at a rate of $500/day?

Motion security cameras are better than my deer camera idea (I ended up ordering one to test it, but it’s stuck at a FedEx shipping center), but Fiala’s in a unique situation where he lives on a street where the action is right outside his house.

Let me know if you have any suggestions for where I should give my motion detector deer cam a try once I pick it up.