Hmong Times has a report in the relocation of a refugee camp to 2 kilometers from a road since the old camp’s location led to many car and motorcycle accidents with children living in the camp. 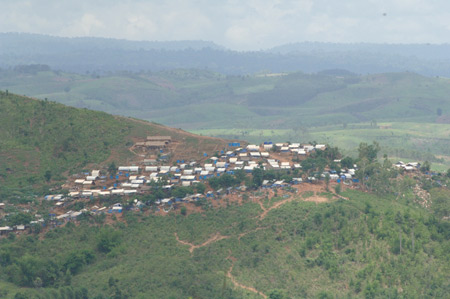 The new camp’s land was donated by Hmong families living in the area. The camp’s conditions sound pretty rough:

Living conditions in the make-shift camp are deplorable. Refugees are confined to a small strip of land on either side of the road. All the space, with the exception of the road, is taken up by small huts that families share. They are not allowed to communicate with the outside world. The camp does not have phone service, and the use of cell phones is prohibited. The Thai authorities confiscate phones and cameras. Refugees are also not allowed to mail letters to the outside.

Sadly, the Thai government is refusing to allow other countries, including Australia, to accept Hmong refugees living in the camp: