I mentioned in an earlier post that you should stay tuned for more action from Phillips. I don’t make this stuff up. The thing is, I had to grab a beer while digesting the other stuff I saw.

While heading out of Phillips after checking in with the Minneapolis Bomb Squad, I stumbled across this at 16th Ave S & 27th St E: 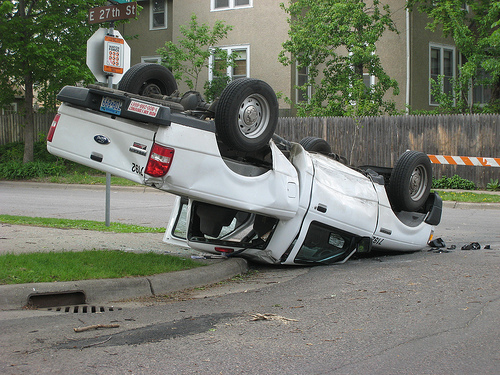 Here is what’s left of the other car: 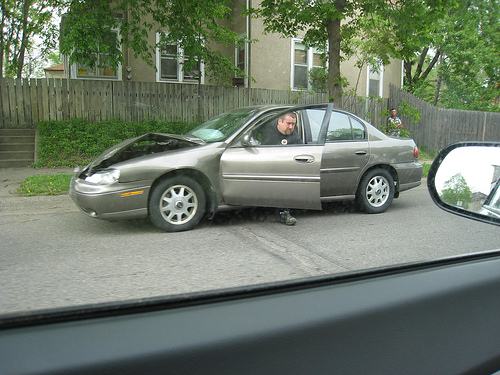 It’s worth noting that the construction barrier in the first photo had nothing to do with this. It’s up on a sidewalk. The intersection has stop signs running East-West, so North-South has the right of way.

I’ve heard from people living in that area that many cars whip down side streets rather than using Cedar of Bloomington, terrorizing the neighborhood while staying out of sight of cops (and away from traffic) on the main drag. Apparently, this sort of thing happens more often than it should. If I was to guess, whichever of the cars in this accident was heading East or West probably thought it was clear to pass only to meet up with a car going well over the speed limit. Obviously someone was going fast to flip the truck.

Here’s my favorite perspective of this incident: 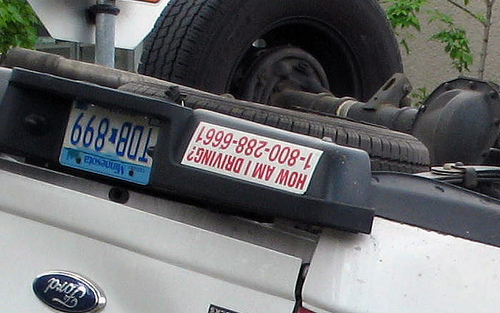