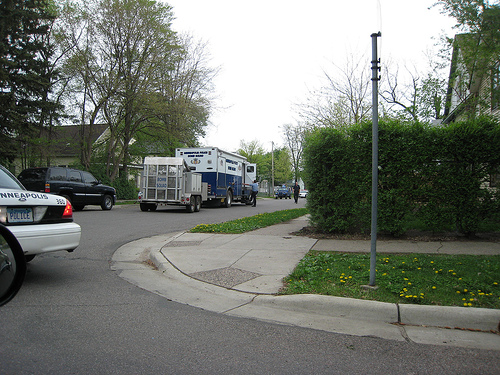 I did a quick drive through the Phillips Neighborhood on the way home surveying the Shoefiti scene when I stumbled across a cordoned off 13th Ave S in the 2500 block.

The bomb squad was on hand while the steet was blocked off on both ends. Apparently, whatever the issue was had been diffused by time I was on the scene since the police were allowing people to congregate around 1/4 block from the scene.

One thought on “Bomb Squad”