I broke quite a few toothpicks while making sarmas for Christmas this year, and said to the rest of the sarma making team, “next year we should get some toothpicks from Hibbing that won’t break.” While this was said jokingly, it turns out Hibbing does indeed making wooden sticks. For example, they got into the chopsticks business 20 years ago:

Talk about coals to Newcastle. By January, Lakewood Industries of Hibbing, Minn., plans to be exporting chopsticks to, of all places, Japan. The new company will produce the sticks from the area’s abundant aspen trees. Projected first-year revenues: up to $8 million. Lakewood has presold its first five years of production to three Japanese restaurant suppliers, who have been unable to obtain enough sticks from Asian manufacturers. Japan’s demand for the disposable chopsticks is nearly insatiable: 20 billion pairs a year. 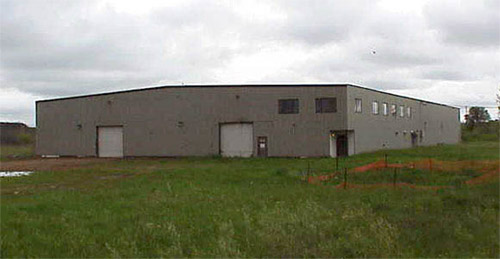 MPR: Troubles at the IRRRB

And then there was what became the poster-project for IRRRB scorn-mongers: the ill-fated Hibbing chopsticks factory. Lakewood Industries, opened in 1987 with $5 million in public investment, including more than $3 million industrial-revenue bonds backed by the IRRRB. It only lasted till 1989. The building then stood empty for years in Hibbing’s industrial park as mute testimony to a novel idea gone bad.

But according to Gary Lamppa, the idea was sound. He says the factory’s demise was due to unpredictable factors beyond local control.

Lamppa: That project was probably one of the best projects that IRRRB has funded in many many years. The guy had a take-or-pay five-year contract for all the chopsticks he could produce. The problem was that the supplier of the equipment could not produce A-grade chopsticks. And that was the problem. It was not a dumb idea. All the mines were closed.

The IRRRB’s investment in Giant’s Ridge has certainly paid off from my perspective. I can’t count the number of trips I’ve made to that ski area.

If you can’t get enough Hibbing chopsticks history, check out this site.