Skip to content
Aaron turned me on to the Duo Brewing scene in the comments on The Deets earlier this week, mentioning that there would be free beer at his house tonight. That’s not the kind of thing I’m going to turn down, so I stopped by Aaron’s with Bryan to finally meet Aaron, thus turning an online friend into a real-world friend. And, of course, to sample some beer from Duo Brewing.

Duo Brewing is a new brewery start-up in Minnesota run by three guys who seem to know something about beer. A lot about beer. They’re also smart and have some experience in the beer industry, so I think they have more than a “we like beer, so let’s start a beer businesses” business model here.

I snapped this shot when I got home tonight. The beer in the glass is some Duo Brewing Milk Stout (I think that’s right) at -13F after sitting in the car for a few hours: 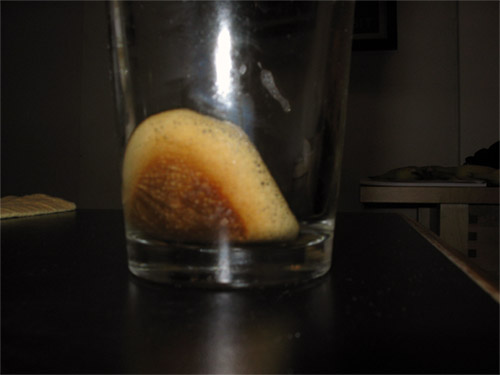 I’d love to see Duo Brewing succeed. They make good beer, but more importantly, the people behind the beer are good people.

One thought on “Duo Brewing Rocks”