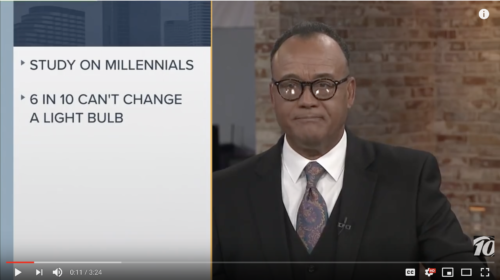 Croatia’s presidential election has spilled onto YouTube with video slip-ups from candidates influencing the race:

It appears America isnâ€™t the only country in which YouTube is playing a prominent role on the political stage.

Recent videos have shown slips by leading Croatian politicians. Interior Minister Ivica Kirin of the ruling HDZ party called YouTube â€œYubito,â€ which quickly appeared on T-shirts and had the nation in laughs.

It sounds like Milanovic has stolen a line from Alberto Gonzales:

Zoran Milanovic, leader of the opposing Social Democrat Party, got his share of abuse after answering several questions on a popular talk show with a simple â€œI have no idea.â€ Video clips coining him Zoran â€˜No Ideaâ€ Milanovic appeared on YouTube the next day.

One of our servers in Dubrovnik ripped on “stupid Americans” who say stuff to her like, “Do you have computers?” Well, duh, haven’t you seen the cyber cafes on every block? It turns out Croatians used computers just like we do: to make fun of each other.

This may be relevant to my brother-in-law’s:

Just about any politician could be made to look like a fool in under three minutes on YouTube with a proper agenda. However, John McCain is uniquely qualified for this honor due to the hypocrisy of the statements he’s made in an attempt to pander to conservative groups in preparation for his presidential run.

I’m starting to understand God better after watching Mr. Diety on YouTube. Here’s an example of how God cut a deal with Jesus:

The series (currently 4 episodes) can be found here.

It looks like Minnesota’s own Chuck Olson from MNStories along with Andrew Baron from Rocketboom have a role in the online video side of Edwards’ campaign. Good luck to Chuck and Andrew taking online video to new levels of importance in the 2008 race. This Flickr photo of Chuck’s desktop is pretty awesome.

It turns out that it’s not all that easy to post YouTube videos to WordPress blogs by default. Basically, the editor screws up the embed codes.

Here’s a good solution: the Anarchy Media Player plugin for WordPress lets you link to the pages containing the file you want to embed and takes care of the rest. Load the plug into your plugins folder, edit the config file with the location of your blog, then you’re done. You’ll not see a Flash embed icon on your post edit toolbar. Click that, enter the link to YouTube or other popular online video sites, and you’re done. Pretty slick.

[kml_flashembed movie=”http://www.youtube.com/v/qZSTfN3BJ_Y” width=”425″ height=”350″ wmode=”transparent” /]
This is my first attempt to post to The Deets from YouTube.

This was the first videos that really took off on YouTube. To find out more about this, check out this presentation by Jawed Sharif’s here:
http://www.youtube.com/watch?v=nssfmTo7SZg

Jawed is a fellow graduate of St. Paul Central High School. Jawed created his own version of the video here:
http://www.youtube.com/watch?v=p2x-dE4RlFc