This just in from Sank:

No, not a TP fold on the roll. This place focuses on their pre-roll. That’s how they roll, I guess. I respect this upstream behavior.

This just in from Mitch Vars: 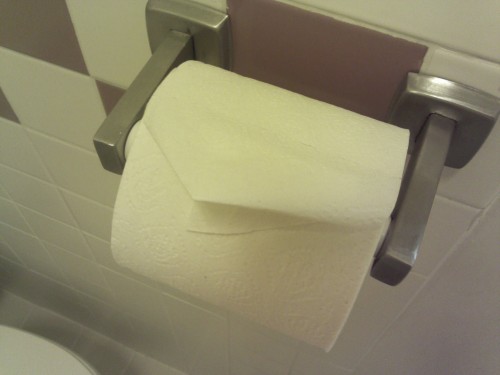 That’s a workable soft-fold. But, Mitch pointed out that the Hotel Belmont’s signature move for first impressions isn’t their TP but their towel art: 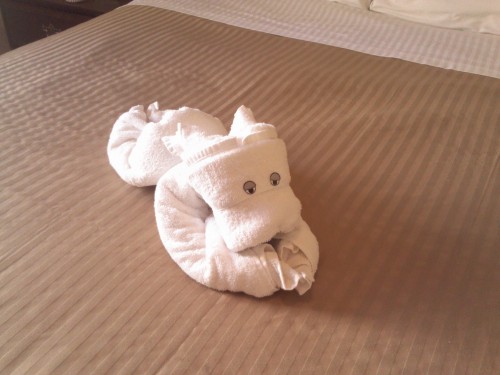 Mitch reports that they mix up the animals by day. That a good way to keep things fresh and exciting.

This just in from Nathan, who’s at the Kahler Grand in Rochester, MN tonight: 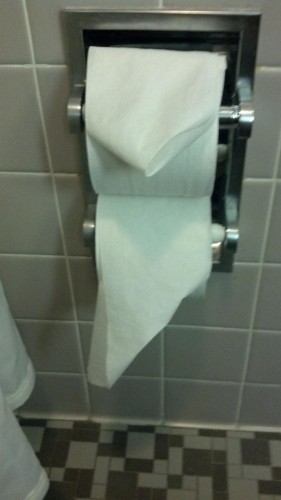 @edkohler I expect a better fold from the Kahler Grand. The Kohler Grand wouldn’t disappoint twitter.com/NathanCampeau/…

John Hoff (aka Johnny Northside) has been spending some time across the pond in Afghanistan serving the US of A and taking TP pics. For example, here’s a shot of a toilet tank repair job at Bagram Airfield: 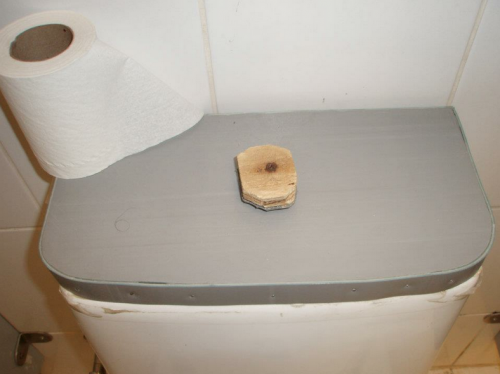 And here’s the before shot from a wider angle: 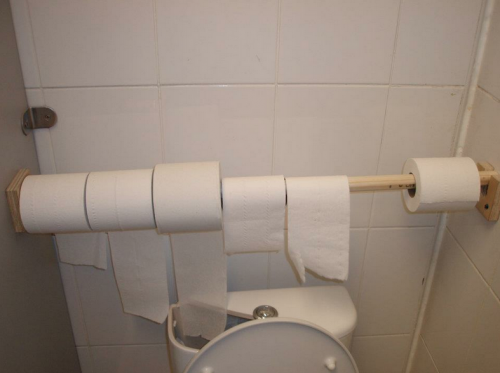 Apparently, Bagram Airfield is not the Four Seasons.

John, thank you for your service and your TP pics. Nick Cross captured this amazing shot at Gooseberry Falls earlier this month. Yet another benefit of the state shutdown being over. This is not what I expect to see at a Westin property. Tom Elko sent this TP shot in from a recent trip to the Windy City. He described it as a “disappointment”, which is not what one would expect at a Marriott. Perhaps Marriott needs to go back to using TP stickers? I’m not sure that they need to shut down for an all-company meeting to resolve this, but it’s something to throw up on the white board.

By the way, thanks to all of you who’ve emailed, tweeted, Facebooked, and gtalked me about Robert Krulwich’s wonderful piece about The Mysterious ‘V’ In My Hotel Bathroom. It’s good to have a backup after taking down some free coffee and waffles in
the morning. Hotels have to pick their battles. In this case, it looks like they are
leaning toward providing bike racks and rentals to tourists interested in
riding the Mesabi Trail past open pit mines over their TP presentation.