For 1.5% of the cost of the unprovoked and unwarranted War in Iraq, Democrats have made a college education more affordable for 5.5 million students per year:

AP — The House legislation, passed 356-71, would slice rates on the subsidized loans from 6.8 percent to 3.4 percent in stages over five years at a cost to taxpayers of $6 billion. About 5.5 million students get the loans each year. … Democrats conceded Congress needs to do more to make college more affordable. But they said reducing student loan interest rates was a significant step toward tuition relief.

A lot of Republicans jumped on the bandwagon, but the Democrats are the ones to thank since this bill would not have made it to the floor under a GOP controlled congress. In fact, the “GOP controlled Congress voted in June of 2006 to raise the interest rate on one of the most popular student loans, called Stafford Loans, from 5.3 percent to 6.8 percent.”

Recently, Archaeologists discovered the remains of what is believed to be a 10,000 year old Republican neo-conservative!!! (Believed to be and ancestor of George W. Bush): 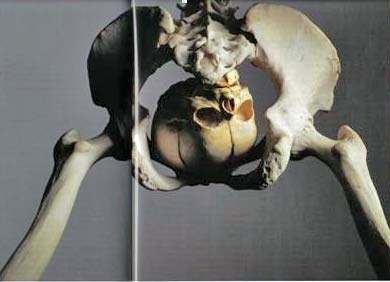 I see the resemblance.
Thanks to M. Spurlock for passing this along.