The Last Minneapolis Conservative has an interesting idea in the comments on Moe’s blog post about Merlin’s Rest: Set up a Happy Gnome style bar in Longfellow:

I think it should go in the old Pizza Pie & I location.

I’m liking it. Walking distance for Aaron and I. Pretty sweet.

Roadguy has a great summary of the events surrounding last Friday’s Share the Road event, so I won’t duplicate his efforts. For those of you not familiar with this, Longfellow residents are trying to get drivers along W River Road to drive more respectfully through our neighborhood. It’s a popular commuter route since it’s scenic with no stop lights, but it’s also a popular bike route and recreation area. That doesn’t always mix.

I have some photos of the event here.

Becketwood has a particularly bad road crossing for the elderly since it’s on the S-turn between 44th & 45th St E. Blind turns and slow walkers don’t mix. Some residents showed up to support the cause: 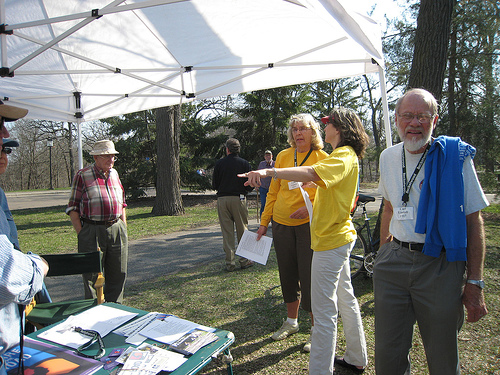 The 38th St E crowd came on bikes with trailers for the most part. I sampled a cookie from Fireroast Mountain Cafe. Very good. It turns out they have a Mexican menu worth checking out. I need to hit that soon: 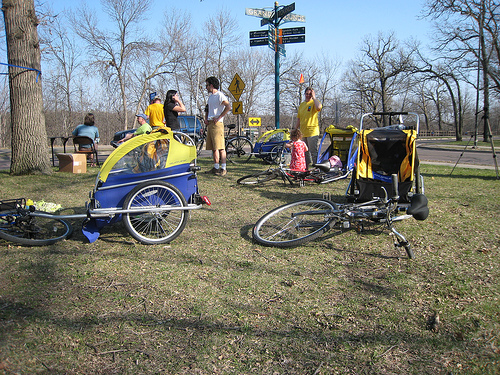 I believe this is the first time Hillary’s son met a real live tree: 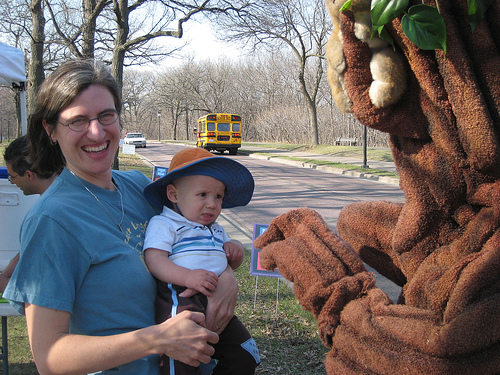 I put together a quick video of my shots from the flaming telephone pole:

More info can be found here.

It turns out I only had around 12 seconds of ambient noise, so you’ll hear a kid in the background sounding like a broken record. It’s hard to see the flames in the actual video portion about half-way through, but there is some pretty good smoke action. 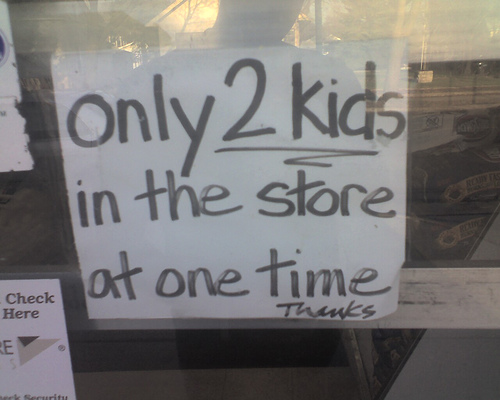 I had to wait outside since there were already two kids in the store and I’m a kid at heart.

This is from the front door of the grocery store on 42nd Ave S at 39th St E. I can’t remember the name. The inside of the store is covered with signs like this, including one saying something like, “For returns larger than $5, you’ll have to talk directly to the manager.”

On the opposite end of the spectrum are stores that post what you CAN do instead of what you CAN’T like this store in Nebraska I saw last summer along I-80: 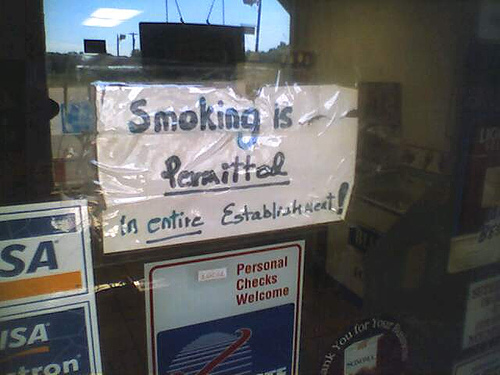 Looks like graffiti removal efforts are paying off in Longfellow: 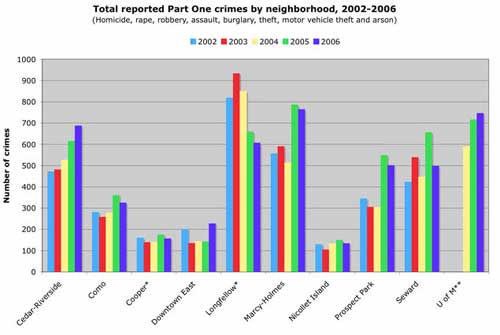 Scott Berkun vents about a recent meeting by generating a great list of meeting facilitation tips:

How to start meetings on time (the honest version)

If you called the meeting, do your %*?@?! job. Everyone claims they know about facilitation, but few do it. If you called the meeting, itâ€™s your job to 1) get there on time 2) write a bullet list agenda on the wall 3) Manage the conversation so no one hogs the floor and the right people get a voice at the right time 4) make sure side issues get delegated out of the room. If you donâ€™t do all 4, any meeting problems are your fault.

Someone must enforce the clock. Every meeting should start with someone assigned to watch the clock. I donâ€™t know that you need a giant clock like Google is claimed to use, but itâ€™s someones job to say â€œWeâ€™re 20 minutes inâ€, â€œwe have 15 minutes leftâ€, â€œwe have 5 minutes, so lets wrap upâ€. Youâ€™d be amazed how many meetings ramble for half the allotted time on topics not central to the reason for the meeting. Three breakpoints are all you need to remind everyone to stay on track.

I absolutely agree. This is one of the things I really like about meetings in the Longfellow Community. Getting people to volunteer to sit on community boards is never an easy task, so being respectful of volunteer’s time is critical to volunteer retention. By having alloted times to cover issues, people stay on point and keep rambling commentaries to themselves – at least during the meetings. If a meeting is scheduled to run from 7-9, that’s what happens.

Having facilitated meetings and worked as time keeper, I know how hard it is to stay on task, but it’s really critical to the long-term success of an organization. The kind of people who show up to meetings are generally pro-active go-getters who are VERY busy already. If you don’t respect their time, they’ll stop showing up and all you’ll be left with are whiners who want to be heard but won’t act.

As a rule, any meeting will take as long as the time alloted. If you schedule 2, 4 or 8 hours to solve a problem, that’s how long it will take. The biggest reason for this is because people can only concentrate for so long. They’ll basically devote the same number of brain cycles to an issue no matter how long the meeting is scheduled for. 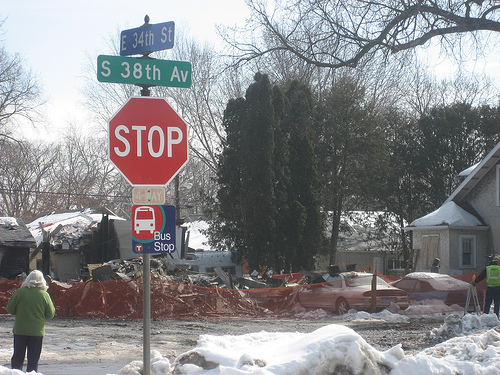 Apparently, it blew up last night. I heard about it on Matt Desmond’s Flickr photos. It’s only 8 blocks from Casa de Kohler, so I biked over to check it out. There’s absolutely nothing left.

Camera crews from KSTP and WCCO were on the scene, getting scooped by Matt and me.

I heard a few people walking by talking about the explosion. One woman who was walking her dog said she felt it. There was chunks of the building across the intersection, so I think it was a pretty significant explosion.

They should try Longfellow:

Both late-twentysomethings work full-time – Parrish is a consultant and Lisa runs an interior design business – and they’re ready to spend around $350,000.

After six weeks of hunting, though, a pattern started to emerge in the homes they viewed.

â€œThe houses we’ve looked at under $300,000, there’s just so much work that would have to be done,â€ Lisa Aharam said. â€œIt’s frustrating. We’re finding that in Linden Hills, in our price range, you really can’t find anything.â€

Looking at this crime map from the Hiawatha neighborhood, I get the impression that leaving stuff in your car may not be the smartest idea down at Minnehaha Park:

There is a hearing next week regarding the liquor license for the Popeye’s property at E Lake St & 36th:

Purpose: To present and solicit information on the following license application:

Requested License: On Sale Liquor, Class C-2 with Sunday Sales and stay open until 2:00am in conjunction with a Sidewalk Cafe

Off Street Parking: This application satisfies the parking requirements. Parking is provided across the street.

What do you guys think?

Is parking a problem in the area?

Is 2am too late, or is later better so families can get home before the DUI crowd?

Has noise been a problem at the location?