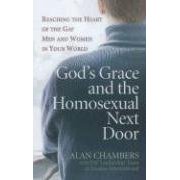 I think just about everyone who turned out the radio in the past 20 years in America is probably gay based on this list.

I don’t know about you, but when I’m looking for health or nutrition advice, I say “to hell with doctors and nutritionists. What do they know?” Instead, I turn to James Rutz, of Megashift Ministries. Why rely on science when you can get truthiness straight from an “expert” like Rutz, who tells us:

If you’re a grownup, you’re already developed, and you’re able to fight off some of the damaging effects of soy. Babies aren’t so fortunate. Research is now showing that when you feed your baby soy formula, you’re giving him or her the equivalent of five birth control pills a day. A baby’s endocrine system just can’t cope with that kind of massive assault, so some damage is inevitable. At the extreme, the damage can be fatal.

Soy is feminizing, and commonly leads to a decrease in the size of the penis, sexual confusion and homosexuality. That’s why most of the medical (not socio-spiritual) blame for today’s rise in homosexuality must fall upon the rise in soy formula and other soy products.

I figured Rutz must be right, since he works for a ministry and writes for WorldNetDaily. I mean, Chuck Norris writes for WND, so it must be super authoritative like Nature, right?

After reading that, I panicked, and screamed: “My Gosh! I just washed down a pound of edemames with a tall glass of soy milk and have a plate of tofu brownies in the oven! Did I just sound like Snagglepuss? Exit, stage left!”

So, I hopped online looking for a additional information on this earth shattering topic, and found Jesus’ General’s open letter to Jame Rutz very enlightening, since it pointed to the larger economic issues a less soy’d America would face:

If we stop feeding soy products to our manchildren, who’s going to buy tomorrow’s Hummers, Dodge Rams, and Ford Excursions? After all, there’ll be no incentive to spend that kind of money on a big, expensive, powerful vehicle if every guy is packing one of those huge, Italian 3+” man-cannons in his briefs. Men compensating for tiny thingies are what drive the American automobile market. The auto companies would need to retool without it.

I don’t own and SUV, and have never wanted one, which means I must have been breast fed, right? Mr. Rutz lays out the case for this in his column, explaining that bottle-fed gay men can’t remember a time that they weren’t gay because it happened back when they should have been suckling from their heterosexually married mother’s breast rather than a bottle full of birth control pills.

Dagnabbit! I’m having sexual identity issues due to the created by being a soy eating grocery getter. I think I need a 3rd opinion.