With that in mind, Captain Capitalism has some advice for people who are not near retirement:

Gen X and Y Should Be Against a Bail Out, and Cheering Like No Tomorrow for a Financial Melt Down

Though it’s counterintuitive, younger generations should be cheering for stocks to crash as low as possible. The reason why is simple; we’re not retiring tomorrow. We’re retiring 30-40 years from now. So why would we want to pay a premium for stocks? Oh, sure, if you’re retiring tomorrow, you’re screwed. If you thought you were going to snow bird it down to Florida and sell your house and live off your 401k plan next year, you’re hosed. But if you’re in the “acquiring stage” of building up your retirement portfolio, you should be cheering like mad for the stock markets to crash. For stocks are no different than any consumer good. Do you want to pay $5 for a gallon of gas? I presume not. So why would you want to pay $100 for a share of Microsoft, let alone cheer when stock prices go up. You want the price of stocks, just like gas, cars, chocolate and wiener dogs to go down.

I don’t see many Gen X and Gen Y’s who are house poor and cash rich.

Are you telling people who just got laid off that the stock market has great buying opportunities?

Unfortunately, when the market is down so is access to cash.

Captain Capitalism breaks down his economically minded perspectives on how the left and right approach economic principles.

Here’s what he sees at the principles of the right:

I will work, therefore I shall eat and therefore not rely upon you to take care of me.

And his take on the left, from somewhere to the right of the left:

Playing off of victimhood, conspiracy theories and any other half-baked reason they can find, the left convinces people they were deprived of food, deprived the opportunity to work, and therefore are entitled to eat at others’ expense. And human nature is all too accommodating to this type of thinking because provides them with a benefit with no cost.

Personally, I think this generalization misinformed. I know quite a few people on the left and every single one of them subscribes to the, “I will work, and therefore I shall eat” concept. However, they’re willing to accept that everyone goes through hard times from time to time where they may not be able to find work that supports their family or provides enough health care to live a humane life. People on the left, like me, also tend to believe that people will find better jobs and have better luck supporting themselves if they’re educated, so we think government supported education makes life better for all of us.

Using generalizations on par with Captain Capitalism’s, I suppose people on the right think that people who lose their job should receive no public support. They may lose their healthcare, and they may need some new job skills or interview training in order to find more than a job but a new career, but that would be a waste of public money. If this policy really worked, would homelessness lead to career turnarounds rather than a slide into drug addiction, chronic health issues, and short life spans?

A commenter on Captain Capitalism’s site raised an interesting question for the Captain: How does this explain the idle rich?

The Captain choked on this, responding with:

They had enough people work up enough surplus wealth to carry them through, effectively making them trust fund babies. Inevitably, if they don’t work, they will run out of money. Might last a couple generations, but in the end somebody has to work.

But that’s not the case. If anyone with $10 million or more passed their wealth onto their children and their children’s children, there is absolutely no reason why their families would EVER have to work again as long as they don’t have HUGE families. All they would have to do is live off the interest of their inheritance at an amount that’s less than the difference between interest earned and inflation, creating an infinitely sustainable lifestyle.

I think the Captain would agree that this is not what societies with competitive workforces look like. In fact, that looks a lot more like the work generated by sheiks than that of productive members of society.

I ask the Captain, “Wouldn’t an inheritance tax make America more competitive by forcing the progeny of the wealthy back into the workforce, generating new wealth rather than sucking on their ancestor’s teets their entire lives?”

Jesus’ General has an interesting look at the Bush economy:

I was doing some research on the economy, and I discovered something interesting. Of all the items listed below, the price of only one item has gone way down since Bush took office. Everything else has become much more expensive.

That one thing is cocaine. 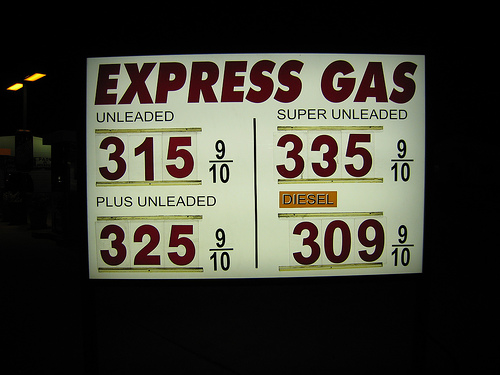 Ouch. One wouldn’t want to be wasteful with prices like this.

The analysis is a big over the top for me, but the stats presented are fascinating (eg. China will soon be the #1 English speaking country in the world):