As I write this, it’s hot outside. It’s also sunny. I have solar panels on my house that are currently generating around 15X more energy than my house is consuming since my air conditioner isn’t running. I don’t always generate 15X. There are times when I generate nothing, like overnight. But, when demand is highest, my panels are cranking.

The excess electricity generated by the panels on my roof is contributed to the grid. Electricity flowing upstream from my house likely flows downstream to meet the nearest power needs, so it’s likely consumed by other residents of my block. It doesn’t have to route all the way back to a central location. It goes up through my meter and down through other power users’ meters.

This power is being consumed during peak demand. For people who choose time of day pricing, Xcel Energy charges them 18 cents per kilowatt hour for that energy. That’s 6X more than they charge in the middle of the night when demand is far lower. Supply and demand applies to energy production/consumption, so energy contributed to the grid during peak energy demand is worth a lot.

“Under the current system, people who have distributed generation, solar panels on the roof or their own personal windmills, they’re able to use the grid without charge and this means higher rates for other consumers,” he said. “We fixed that so it will no longer be a problem moving forward.”

Energy generated within a neighborhood does not rely upon this to get power from one house’s roof to nearby homes: 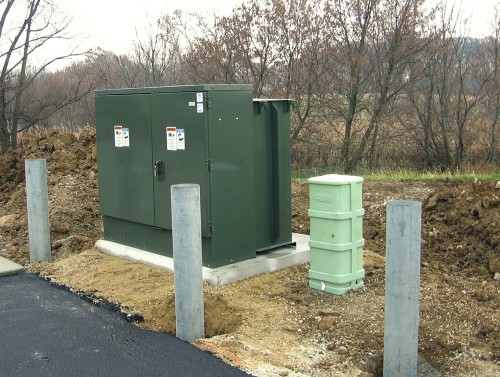 Or, more train cars of imported pollution from Montana: 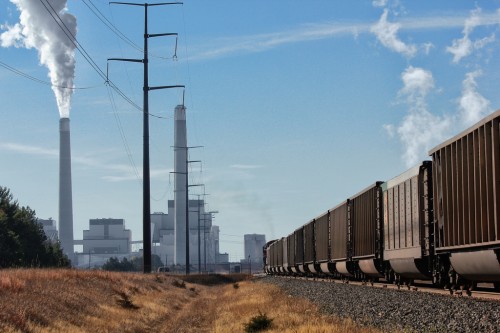 Nor does it lead to more deaths from even more workers suffocating from inhaling VOCs in North Dakota so we can burn natural gas to meet peak demand.

But, Pat Garofalo says people who put solar panels on their homes are freeloaders. And, he got enough people to agree with him to change the state’s laws so power companies could charge residential solar users ridiculous fees to cover the costs of the grid their solar systems actually alleviate pressure from.

A pollution industry spokesperson, Kristi Robinson, who represents one of Minnesota’s polluting companies is apparently threatened by the one in 300 homes who have panels on their homes in Owatonna.

Robinson said another concern is that some generate far more energy than they need as a way to make money.

“They’re not offsetting anything,” she said. “They’re putting multiple small generation up side by side with no load to offset it. In the eyes of the utility, that wasn’t the intent of net metering.” With the law change, “we’re able to dial that back a little bit, where they will also be paying their fair share of the distribution system.”

This argument is insane since there is no net difference between one person with a huge roof putting a ton of panels on it compared to multiple people putting the same number of panels on their roofs in aggregate.

So, let’s assume that you live in Owatonna and are considering putting solar panels on your house. It’s about to get far more expensive for you to do it there. But, you have options. It’s time to consider moving out of Rep. Petersburg and Sen. Jensen’s house and senate districts. Move into Xcel Energy’s territory so you can generate your neighborhood’s peak electricity more affordably.