Here’s another example of a home owner posting a sign on a tree to police the parking in front of their home: 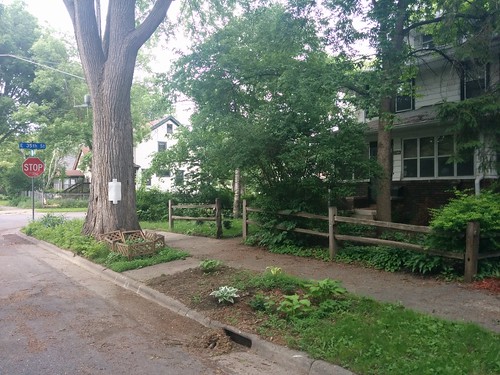 In this case, it looks like they’re protecting the front crosswalk of their house from people who indiscriminately park on public streets. Here’s a close-up of the sign: 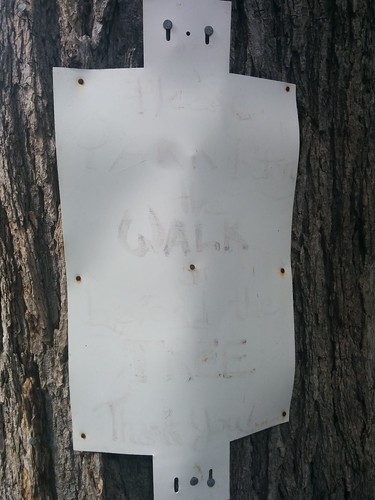 That’s pretty sun bleached. If only we could roll back time? Well, we can, because I took this pic of that sign last September: 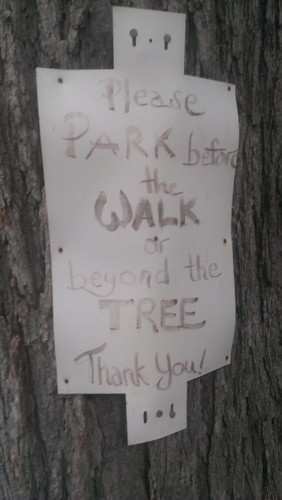 Their hammering has proven to be more effective than the ink used to create the sign: 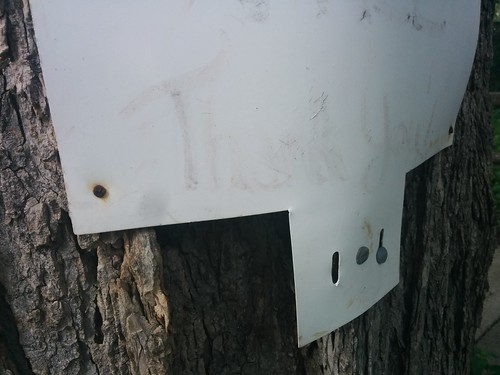 This one entertains me for a variety of reasons.

1. The request to park “beyond the tree” would put a car within 30 feet of the stop sign, so they’re requesting that people park illegally rather than legally in front of their crosswalk. Here’s an example of someone following the sign’s advice, thanks to Google Streetview: 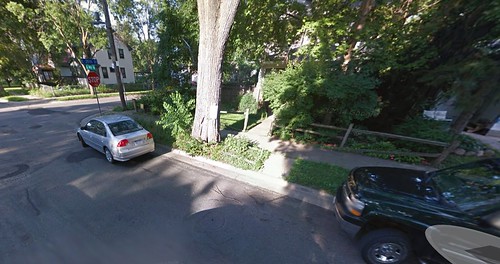 Note that the sign was already there in Aug 2011 during Google’s drive-by.

Flipping back to 2009, perhaps this red car was the inspiration for the sign? 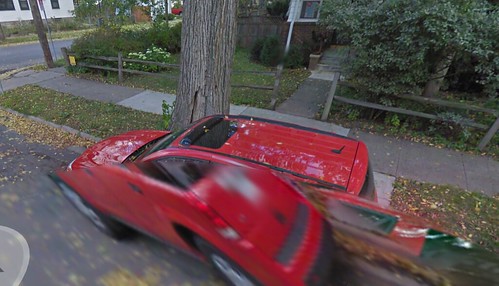 2. It’s a corner house with a corner curb cut and a driveway off the cross street, so the house if quite accessible with or without the front crosswalk.

3. This is not a high density area. It’s not near apartments, commercial buildings or businesses that bring a lot of cars to the neighborhood. Because of that, I can’t imagine there being many parking problems. However, maybe that’s what causes the issue? Do people living in places where one can realistically park in front of their own property 99% of the time have a greater false sense of ownership than people in higher density areas? 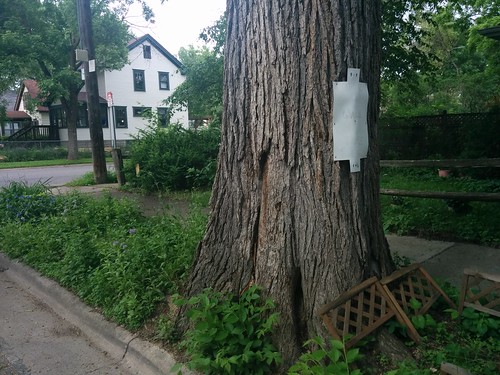 Why hug a tree when you can hammer it?

One thought on “Please park before the walk or beyond the tree. Thank you.”