I noticed that my local SuperAmerica on East Lake Street has a sign from the Minnesota Lottery boasting about how much money has been won by people buying various gambling products at the store: 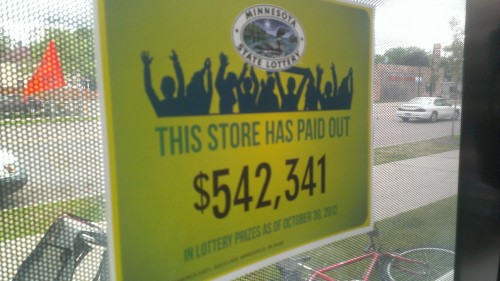 Based on the payout ratios described here (PDF), this sign in SuperAmerica could say:

The Minnesota Lottery has sucked $326,119 out of this community.

Since the lottery is run by the state, shouldn’t the state have the decency to disclose the damage it’s doing on signs like this?