Based on recent reports about e-pulltabs revenue, it sounds like the revenue is falling short of projections for two reasons:

2. Bars are bringing in less revenue per device than projected.

So far, only one company has been approved to supply e-pulltab devices to bars: Express Games. The first games went live on September 18th as Express Games noted on Twitter at the time:

Tweets from Express Games has slowed down significantly since then, with their most recent tweet back on October 21st.

Their most recently update on Facebook was November 7th, when they announced an e-pulltabs installation at Beck’s Pub. 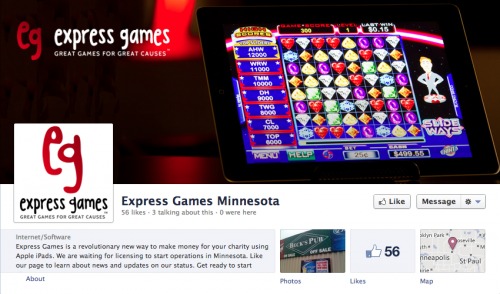 No news is good news?

One theory I have with no evidence to back up: could the uptake of e-pulltabs by bars be delayed due to a lack of internet connections? I doubt that bars with internet connections and bars with pulltabs make a perfectly overlapping Venn diagram. If they don’t have an internet connection, is one available? Perhaps fundraising corporate wilfare for the Vikings through e-pulltabs will lead to broadband expansion in Minnesota? That’s crazy enough to seem possible.

3 thoughts on “Is e-Pulltabs Vendor, Express Games, Getting Any Traction?”