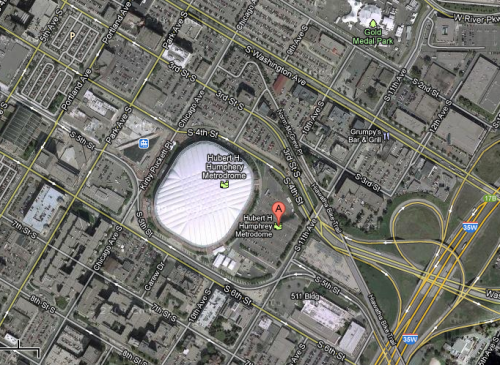 How does one fit an NFL stadium to the east of the Metrodome? I’m trying to figure that out. It’s a fun game to play while the Vikings and Vikings fans continue to beg for corporate welfare.

The shot above shows the Metrodome via Google Maps.

If you stuck another Metrodome next to the current one (using the Dome’s parking lot) you might end up with something like this: 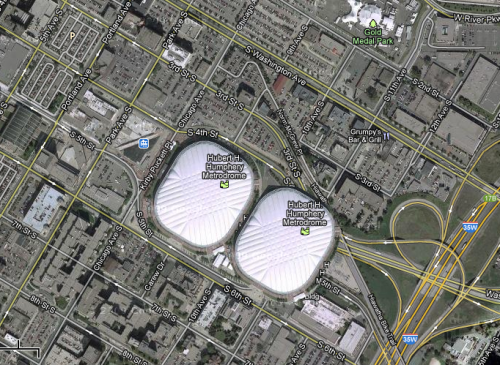 To me, it looks like a second Metrodome would take out part of the 511 building, most of the Xcel Energy substation, the LRT line, 5th Street, 4th Street, and 3rd street.

But, one of the complaints about the Metrodome is that it isn’t large enough for today’s NFL fan, who require bigger seats and bigger concourses than fans 30 years ago. So, let’s try sticking the Indianapolis stadium in that spot: 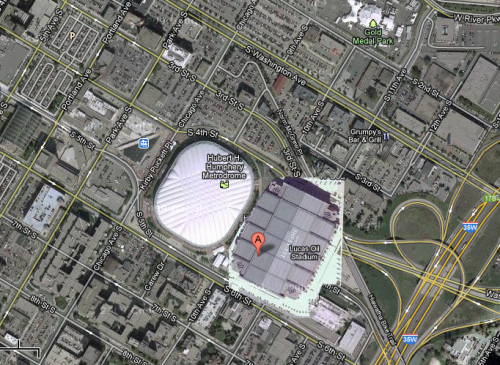 Looks like The 511 Building would take a bigger hit. And even Valspar starts to loose some ground. 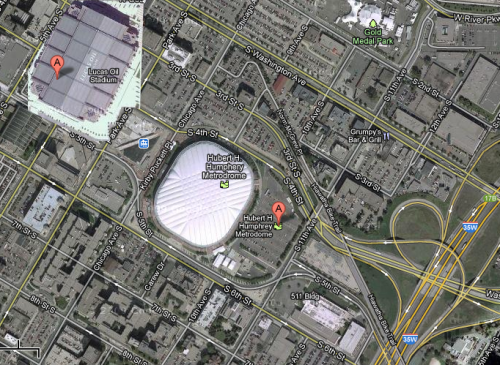 In the end, the Vikings should build (and own) a stadium wherever they like with money they raise privately.

19 thoughts on “Can a Vikings Stadium Fit to the East of the Metrodome? #wilfare”