Could someone help me reconcile the following two nuggets?

First, a quote from Vikings fanboy, Tony Bennett, who wants to spend Ramsey County’s money on welfare payments to Zygi Wilf. He doesn’t want the public to decide whether this is a good idea. In fact, he’s admitted that letting the people vote on taxing themselves so Ramsey County can give more money to Zygi Wilf (on top of what their state dollars they’d be paying) would be a deal killer. Ramsey County voters aren’t flush with cash or dumb enough to agree to the terms of the current Vikings stadium proposal. Bennett’s quote du jour:

Ramsey County Commissioner Tony Bennett, a sponsor of the current deal, urged fans at Canterbury to call their legislators in support of the deal — without a referendum. “Our form of government is called a democracy. We don’t do [referendum] for anything else; why would we do it for this?” Bennett asked.

Now, I don’t know about you, but something about that just doesn’t feel right. Sure, we tend not to use referendum as a way to make decisions in Minnesota, but there is at least one glaring exception to Tony Bennett’s absolute statement: funding for public schools.

I clicked over to the Minnesota School Board Association’s website, where the results of a school levy referendum planning survey were posted front and center:

As I understand it, our public schools are feeling the pinch after our MN GOP leaders, Amy Koch and Kurt Zellers, decided that it was better to balance the state’s budget by borrowing from what has been promised to our public schools than to raise taxes a bit on the wealthiest 1% of Minnesotans.

So now our schools need to turn to their local citizens to make up for Koch and Zellers’ broken promises. To do that, what do schools need to do? Have a referendum to vote on increasing property taxes through a levy.

When the vast majority of Minnesota’s school districts are in a position where they have to turn to the whims of voters to keep from having to lay off teachers, increase classroom sizes, or close schools, it doesn’t seem that unreasonable to allow a county to decide whether spending $300,000,000 toward building a replacement stadium for the most profitable professional sport in the country is a wise choice.

That said, I would rather not see time, energy, and money wasted on a referendum process to decide whether we should be taxing ourselves in order to provide welfare checks to Zygi Wilf. Clearly, we need politicians with enough wisdom and common sense to realize that we have much larger priorities in this economy than covering 60% of the capital costs for Zygi Wilf’s private business. 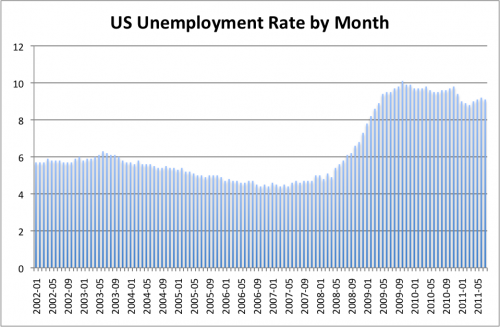 Perhaps that will give Commish. Bennett the perspective he needs to really think about what he’s trying to do?

UPDATE: A commenter on the Strib named ltdgvmtmaven mentioned this:

Tony Bennett is wrong. State law requires a referendum for sales tax increases. Asking for an exception to that really what is NOT democratic.

SaveTheVikes.org founder and Zygi Wilfare enthusiast, Cory Merrifield had a strange reference in the StarTribune piece:

Merrifield said if Wilf wants to put up the money, he should be able to do the development. “You want it to be successful. You want to build up businesses around there,” Merrifield said.

I couldn’t agree more. If Zygi Wilf is willing to spend his own money to build a stadium, that’s fine with me. But, when he asks for more than $600,000,000 toward a more than $1 billion stadium, it’s easy to tell Zygi that he needs to find a few friends with money or cut the State of Minnesota and Ramsey County in for equity shares in the Vikings.