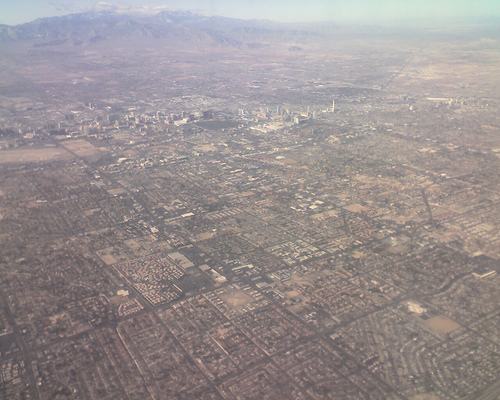 This was almost the last picture I ever took based on the landing we had today only minutes later. The plane tilted to the right as it was about to land, came down on the right wheel, pivoted right, and almost left the runway.

The pilot got the wheels down, leading to a series of high speed S-turns down the runway while people lost their cookies in coach.

I opened my air vent once it was clear that we were going to live, only to smell a fresh bile scent blasting through the vent.

Memorable, to say the least.